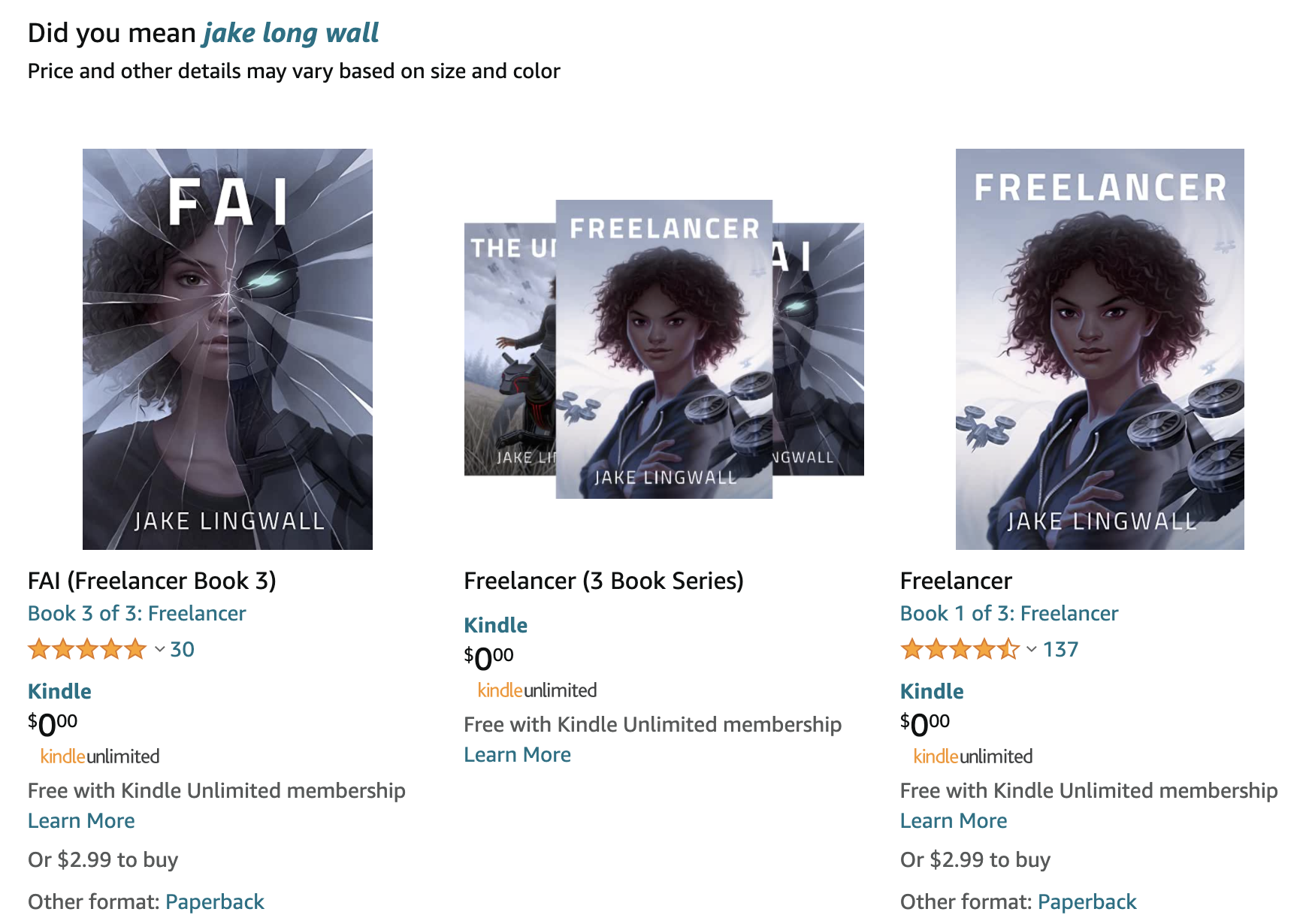 To make matters worse there aren't even any results for Jake Long Wall. And I have a publishing contract with Amazon... Oh well. It's been a few years since I've been able to step back and work on projects outside of work. Thankfully, I'm in the position to enjoy life again, which means here's some updates on the various projects I've been working/planned to work on/want to work on. If I'm lucky, you'll see updates about them here in the future!

Another Christmas Romance Movie - The Game

This is a project I'm super excited about. It's a simple card game that takes all the tropes of everyones' favorite holiday season past time and puts it into a super simple game.

To be candid, the mechanics aren't great. And a round takes about... 3 minutes to play. But I think it's a super fun concept and I've enjoyed putting a prototype together. I hope to make this game "purchasable" in 2021.

I didn't plan on writing this book... but on a camping trip this past summer it just kind of happened. It's a short 60,000-ish word novel about a young woman trying to survive in a city being overrun by scoundrels as all the men of the empire are off fighting for the future of humanity. I ordered some proof copies, but this book is very much in "beta" phase. I may or may not self-publish it this year, but I like the story.

The Pocket Watch of Xorn Higbsy

I've always wanted to write a "middle grade" story. Think Harry Potter 1 target audience. Protagionists are usually 11-13, and parents aren't super helpful. It's actually kind of intimidating writing for a younger audience, and I'm not sure I'm much good at it, but I have a fun idea around mascots/spirit animals and a chapter or two.

We'll see where this one ends up, it feels like something that might find it's way down into the shelved project section, but as of write now I'm actively working on it. Chance there's something out in 2021 related to this.

I've marked this as upcoming because I'm not actively working on this, but I do have a prototype I've been using with a youth class in my community. It's an application designed to give virtual teachers/presenters more engaging tools. The name comes from the combination of Active Presentations, which captures the heart of the idea.

I think there's big potential here, but would also require a lot of work. I'll likely keep adding to it as I need it for now. There's a chance it grows beyond that in the coming months though if other people want to use it.

This is another project I've always wanted to do, so I'm going to do it. Life's too short not to work on hobby projects right? And who doesn't love dogs?

The idea behind this is that you'll play one of the "groups" from the dog show and try to get one of your dogs to be selected as "Best in Show". I think the mechanics will be a sort of collective/manipulative Guess Who. We'll see. I'm going to make something here though, even if it's just a hand drawn prototype.

This is an idea that I've had for years and come back to it at times. It would be a super ambitious space opera, that's likely above my writing grade. Would need to be a thick book, and I'm not sure I can do the story justice.

It would combine some inspirations from Dune/Regency/Star Wars/X-Men into a galatic scale story. It's marked as upcoming because I'm doing more world building around it, but I'm not sure I'll get to writing it this year or not. Would likely take me 6+ months to get a draft finished.

I really want to write this novel, in fact, I've tried to start it twice. My previous attempts to write sci-fi thrillers haven't been able to find any traction/market/fans (SUDO), and maybe that's because I can't write them very well. But I really like the premise and the timely themes.

Quick pitch is: A renowned data scientist and a CEO of a biotech company are thrown together when they discover their names are at the top of a mysterious list generated by a shadowy and dangerous organization.

This book has a great outline, and I wrote about half of it before I realized I don't really know much about the esports world and I'm not sure I could do it justice. There are some great themes here though about the protagionist competing in a male dominated world, and reconnecting with her dead father over recordings of his video games.

Now that I write that out, I really should finish the draft. I may be moving this up!

Another idea I can't shake. Want to write a fantasy novel about a propagandist. I think it's clever, but epic fantasy is hard, and the first few attempts to write it haven't gotten far.

This is an application I thought could fill a really painful niche, and I even spent a few weeks making vidoes for it. The idea would be to provide simulated internships for developers. Pretty cool idea, but a lot of work. May come back to this one at some point in the future with a different spin/model.

Renamed from BookTribe. I've had various stages of prototypes working for this over the years, but can't quite seem to get it working all the way before moving on. It's my "beta reading" app for my novels. I'd like to finish this.

The second book didn't satisfy the small audience, and there just doesn't seem to be demand for the final book. In fact, I've tried to cut book two from the interet and just let book 1 work as a stand alone. It's the "Histories of Newten" treatment. Regrettable, and one of the reasons I don't plan on writing series any more. They are hard, and it can be hard to justify finishing them if no one is reading. Terrible thing to say. =(

I have a printed prototype of this game that plays pretty well, but there are lots of similar games, and the mechanics of it are broken. It would take a lot of work to fix, and I'd rather work on other projects.

I'm still really happy with this series. It continues to find readers and has aged pretty well. I don't intend on writing anything else in this series, and still consider it complete.

I don't think any of the other works I've written will get additional novels. I consider them all finished as is, and have mostly told the stories I set out to tell.