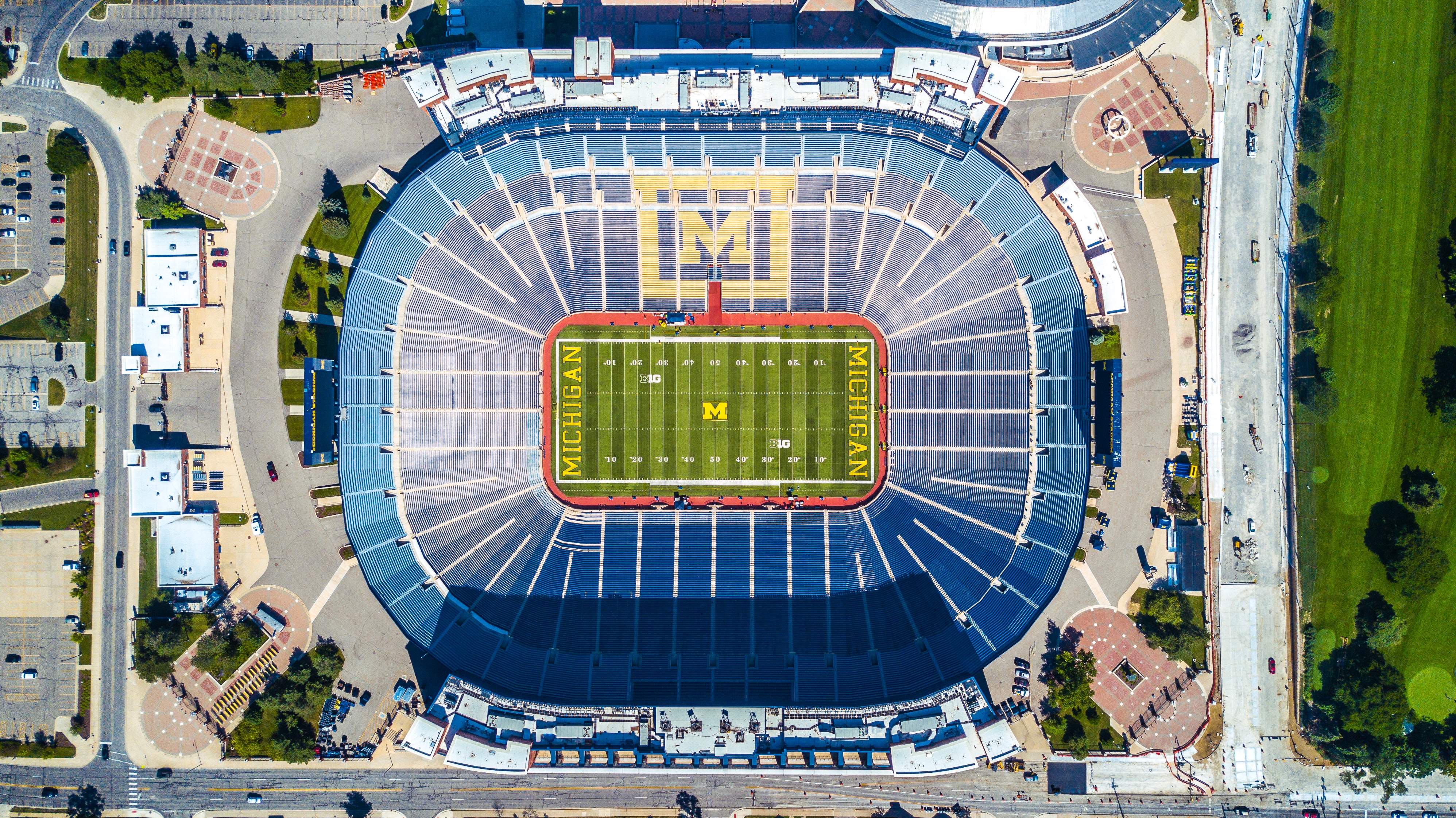 I'm sitting here writing this blog post while Alabama absolutely runs through Ohio State. I had leftovers for dinner and worked through the first half while simultanesouly playing fetch with my dog. I text my dad and brother, one of them is watching the game, the other has it on the radio while he works out. It's a pleasant evening on most fronts, but one hardly befitting the National Championship Game.

The years past of pizza, treats, and watch parties seem a distant memory and not just because 2020 was the longest year ever. Attendance has been trending down for years. Viewership is dragging as well. Even for me, someone who religiously watches every football game possible and holds season tickets to the local team, college football has lost its luster.

I've seen speculation that general population's interest is changing, or that the games are too long for modern viewership. Possible. But I think there's a much simplier explanation: people aren't as interested because the game is not as interesting. And I don't mean the on the on-the-field-product, I mean the the most important rules of all, the ones that determine the ultimate winner of the yearly college football game.

The Golden Rule of Game Design

I read a book about this like 6 years ago so you know, I know, what I'm talking about (Jingle all the way is an underated movie). Paraphrased it's essentially:

"Every player should believe they have a chance to win the game until the game is over."

I love that rule, there's nothing worse then being stuck in a game of monopoly with nothing but the light blue properies, waiting for 2 hours to finally land on the hotelled-up Boardwalk to put you out of your misery. It's not fun, and it's certainly not interesting.

And that's exactly where 120+ college football teams and their fans find themselves every year. There's no chance to win it. None. Zero. The season starts and you can win every single game in front of you, and it won't matter. There's not even a charade. You don't have to suspend your disbelief, you have to take it out behind the barn and... not sure that's still a thing we say. But it's impossible.

That's because we've passed go too many times, living off that stimulus check wawiting to be financially executed. I love my team, but they have no hope. In fact, worse than that, no one has hope. Except for about six schools. Who doesn't want to play a year long monopoly game where you're best hope is to MAYBE move up and grab a couple of those red properties.

College Football has broken game design and it's killing the sport.

So how do you fix it?

You have to change the rules. You have provide an illusion that my team, no matter how helpless, could put together a magical run and have a chance.

That's it. I need some sort of logical path to justify my insane belief that they can beat the odds. Don't believe me? Look at captialism! All I need is a chance that someday I'll hit it big and I'm content working 80 hour weeks for 60 years. (OK not a great analogy, I do <3 me some capitalism for the record>).

March Madness is incredible because no team is actually eliminated from the potential chance to win a champsionship until March (champion crowned in April). The World Cup at least begins with every country having a chance. College football doesn't and it's insane.

There are countless models on how to do that and I'll save that for another day. I'll probably write a whole series about college football, from fixing the golden rule, to how to go further and create actual parity and how to fix BYU's situation (riveting stuff).

For now, just think game design. Give the people some hope.